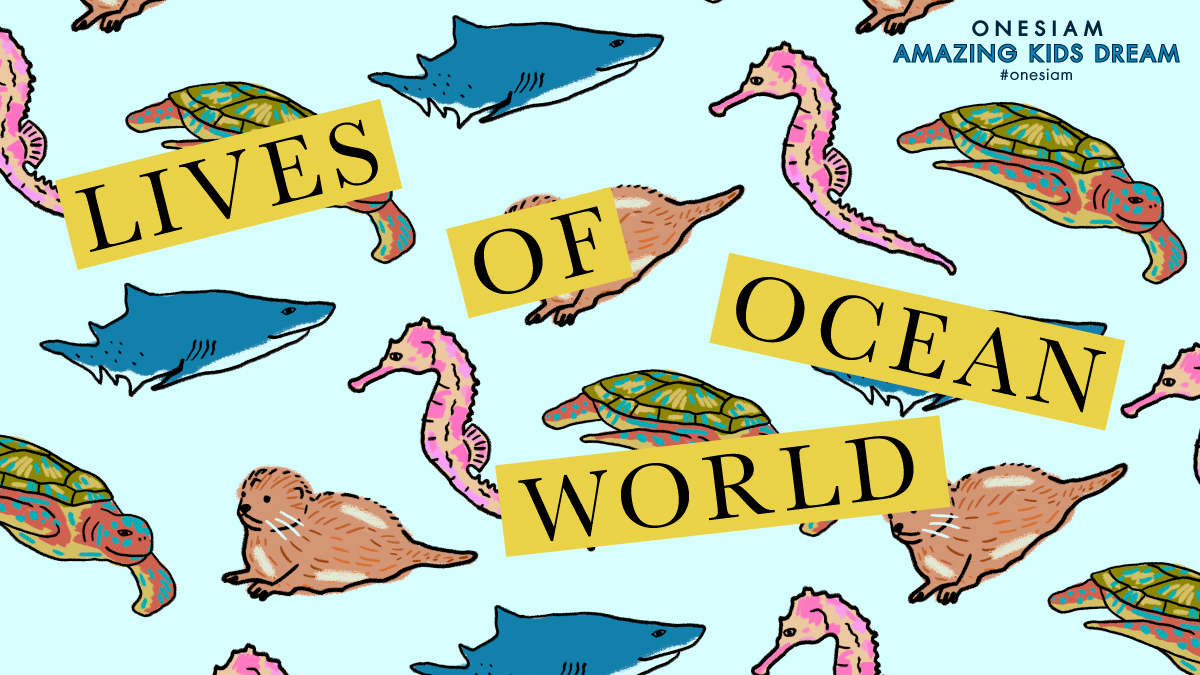 You don’t have to go too far to see an undersea world filled with rare creatures. In the heart of Bangkok, at Siam Paragon’s B1 level, lies Sea Life Bangkok Ocean World, inarguably the largest aquarium in all of Southeast Asia. Aside from marine and aquatic creatures, Ocean World also is also home to many other different species from around the world that we can observe and study at close range. We’ve decided to pick some species that are worth getting to know a little more. 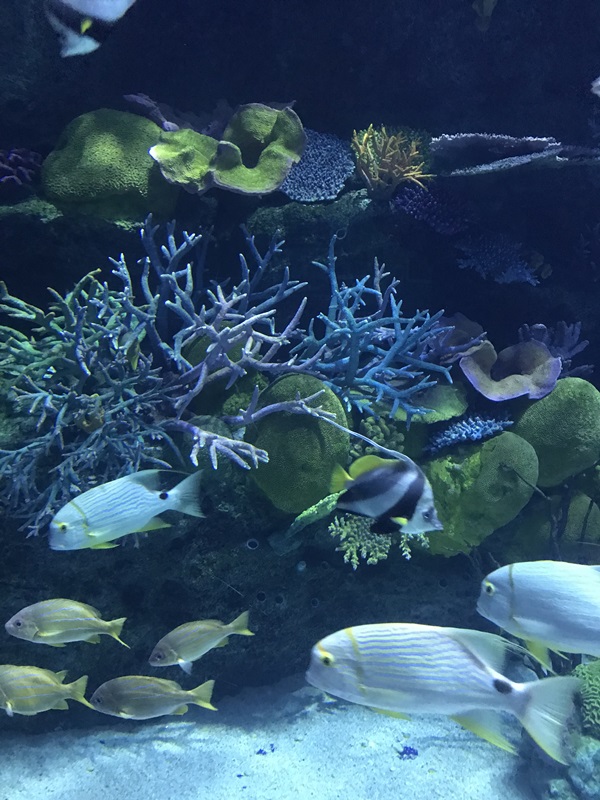 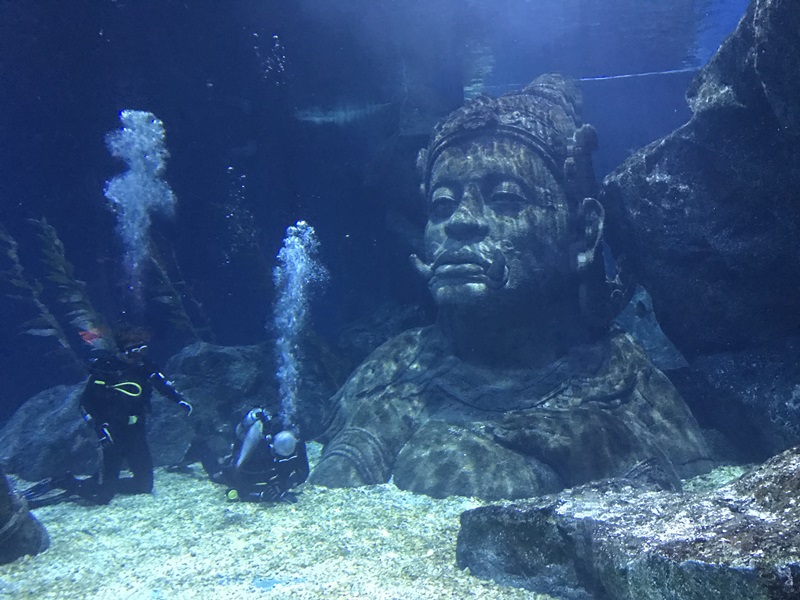 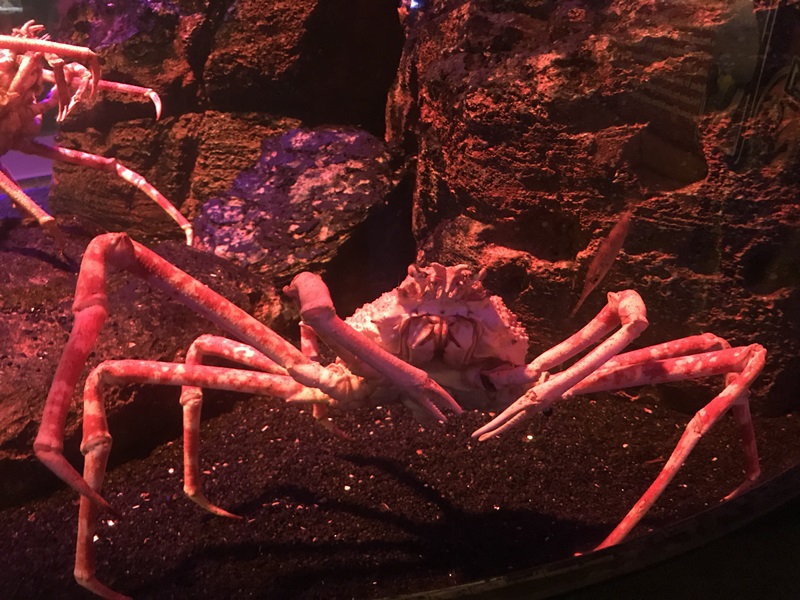 1. Giant Spider Crab
These long-legged crustaceans dwell in the deepest parts of the sea. Not surprisingly, they are the largest species of crab in the world. When their legs are completely stretched out, they have a length of approximately 4 meters. The most impressive thing about giant spider crabs are that they can walk on the deep seabed without sinking on the surface. This is due to their weight distribution of up to 18 kilograms on a surface that is equivalent to that of a small car. 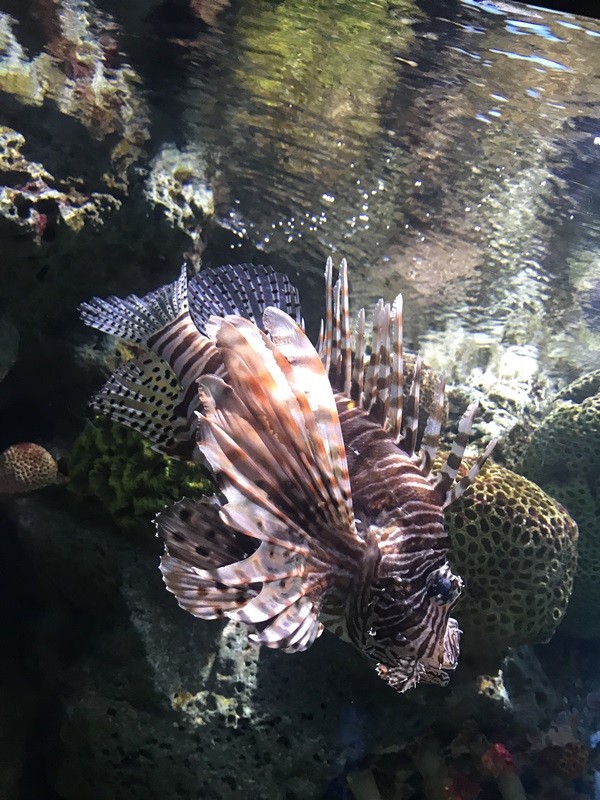 2. Lionfish
If the lion were the king of the jungle (lions don’t actually live in the jungle, though), the fish that rules the oceans would most probably be the aptly named lionfish. Its center ridge is decorated with poisoned barbs that come in handy for protection against would-be predators. Its striped patterns, in addition to aesthetics, serve to intimidate other predators. Because they are slow swimmers, lionfish use their large fins to lure smaller fish into their mouths by gathering them into one corner before swallowing them all. Currently, lionfish are classified as an invasive species in the Caribbean seas due to their constant eating of other fish in the area. However, they have yet to fall prey to other predators. 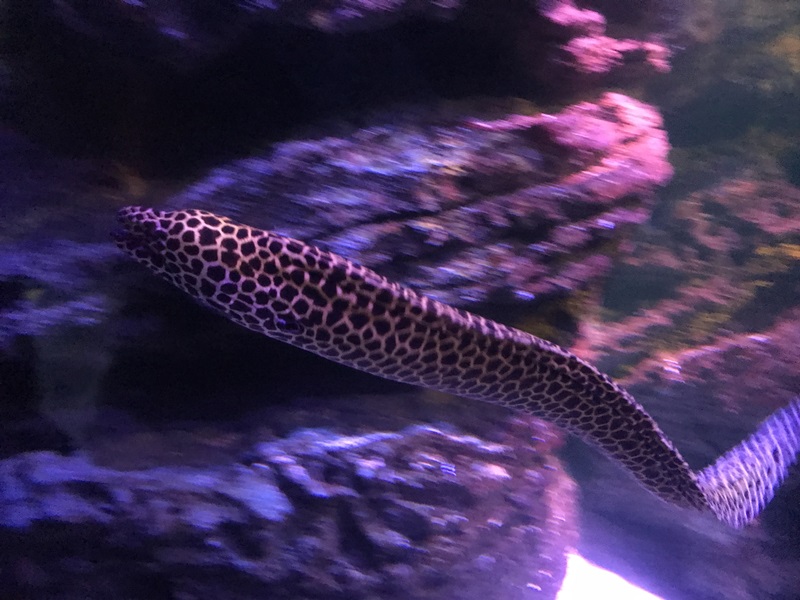 3. Black-spotted Moray Eel
This is perhaps one of the more captivating species in Ocean World. Why? Because of its countless spots, that’s why. The black-spotted eel tends to dwell in small cavities, recesses or holes in coral reefs. When hunting and feeding, relying more on its olfactory senses rather than sight, the eel hides whatever hole it pleases before bursting out at breakneck speed and snatching its passing prey. 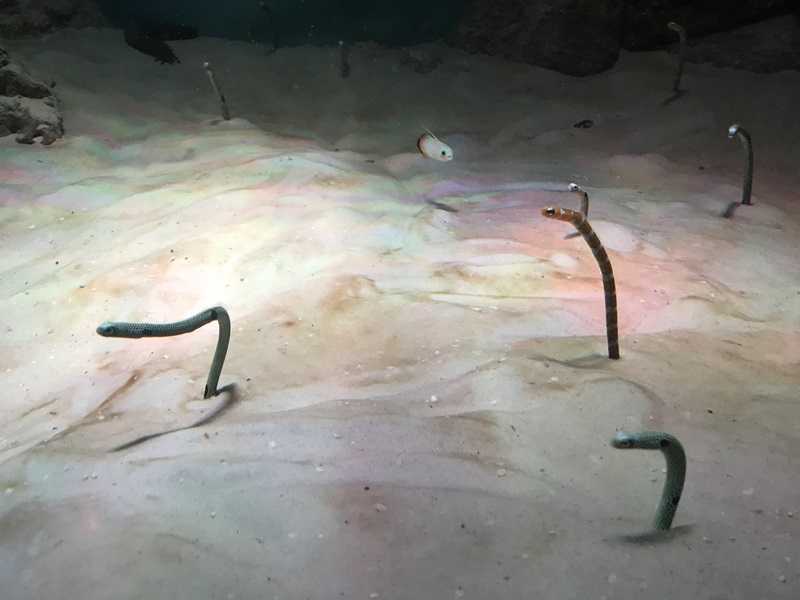 4. Garden Eel
These small, funnily-shaped fish never fail to make us laugh a little. They like to stick their bodies in the sand near coral and usually stay together in large groups. For their diet, these little guys like to feast on plankton and smaller animals that float by them. It’s not often that we see garden eels swim out of their holes. When disturbed, they will immediately disappear down those holes in the sand. 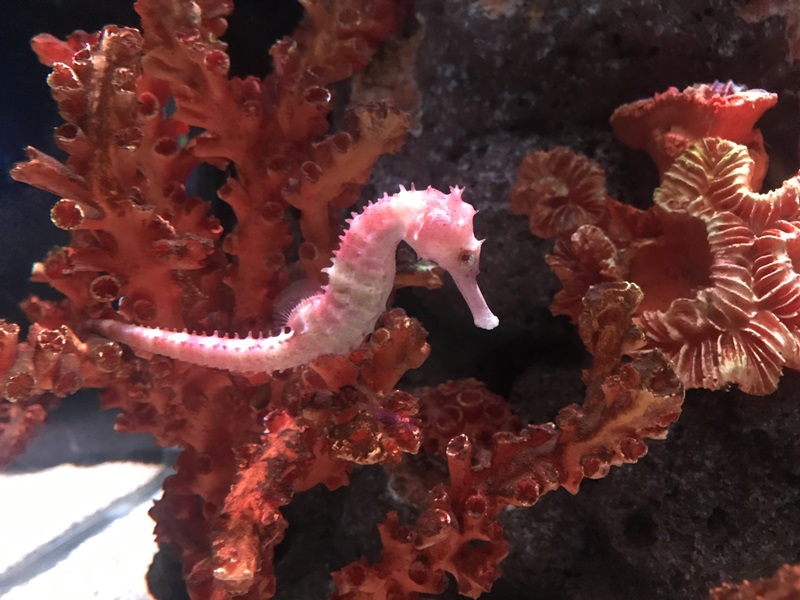 5. Seahorse
Sea Life Bangkok Ocean World houses many different species of seahorses for us to learn about. This is because they are very sophisticated creatures and remind us that it is the females are the ones who choose their mate, using their tails to give the signal. From there, the female seahorse will impregnate the male seahorse (yes, you read that correctly). Obviously, the male seahorse is the one who gives birth. Furthermore, seahorses stay together for life. So perhaps there is such a thing as true love. 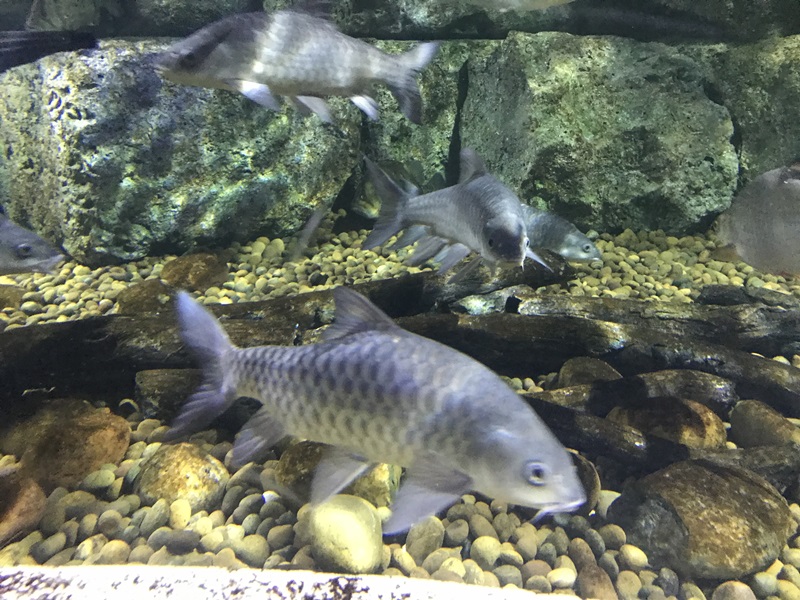 6. Khela Mahseer
This is a freshwater fish from the carp family that can only be found in Southern Thailand, from the Tapi River to Malaysia. These fish live in rivers or streams with banks that consist of either forests or waterfalls. Furthermore, the khela mahseer is considered to be a fish that is in the royal patronage. Back in 1981, these fish were on the verge of extinction due to the building of a dam, causing destruction on their natural habitat. In 1999, Queen Sirikit released a horde of khela mahseers at the same dam. The queen also launched an initiative to raise the species at a fishing station in the Yala province so that they could continue breeding. 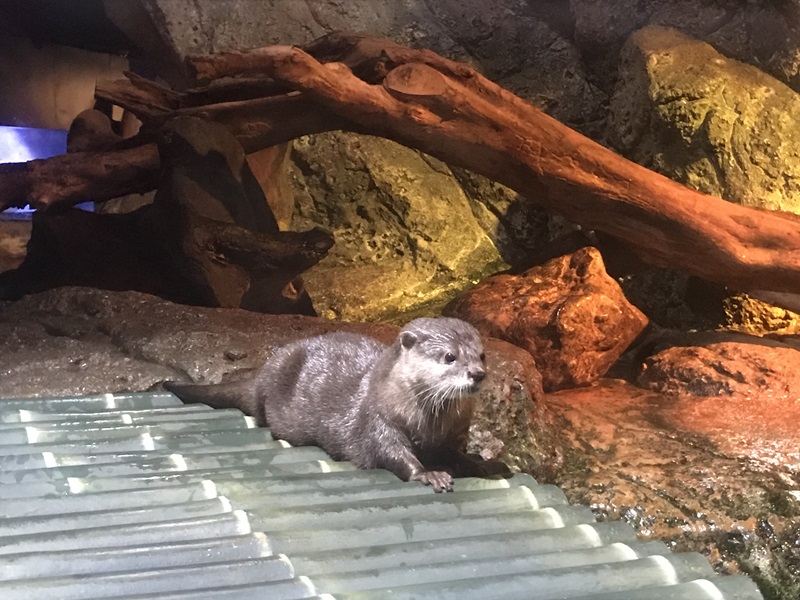 7. Oriental Small-clawed Otter
These are the smallest species of otter in the world. There paws consist of short, little claws and membranes that can be used to pick up things with ease. The small-clawed otter will choose its mate and stay with its mate for many years, being capable of giving birth twice a year. So there you have it, an otter capable of true love and building a lovely family. 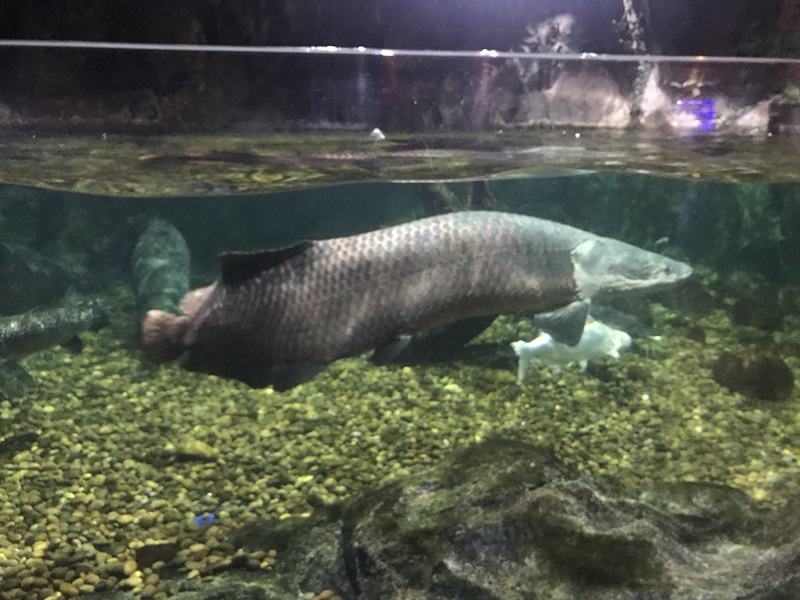 8. Arapaima
This species of fish is the second-largest freshwater fish in the world. The arapaima is an ancient fish that is capable of surviving in dried-out water sources. So it is possible for some fish to live out of water. They do this by breathing directly through air and lying still in crevices until their water source is flooded once more. 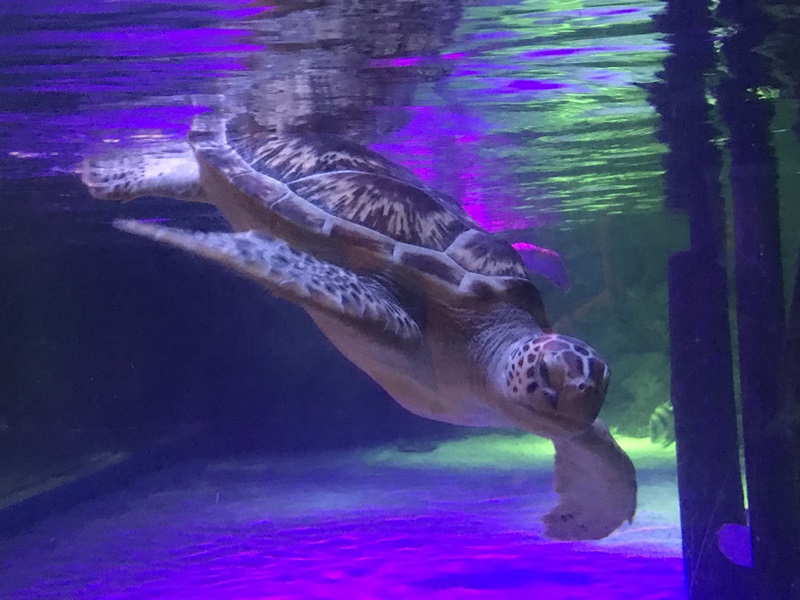 9. Green Sea Turtle
Believe it or not, the name does not originate from the turtle’s green shell. But it comes from the fat underneath the shell. Unlike other species of sea turtles, once fully grown, the green sea turtle will eat only plants. However, while young, they will dine on invertebrates such as crabs and jellyfish. These turtles love to swim near the surface of the sea to get some sunlight, as well as come on to the land to bathe in the sun. 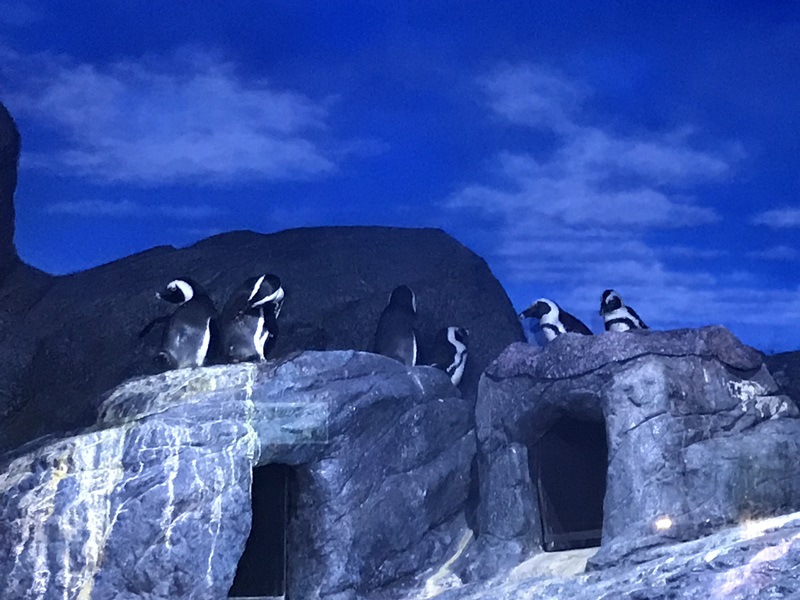 10. Jackass Penguin
These black-and-white fellows live in colonies on different islands and near the rocky beaches of Namibia and South Africa. Jackass penguins tend to live in herds close to the sea so that they can catch fish for food. Right now, overfishing has destroyed the jackass penguins’ habitat and, consequently, has brought the threat of extinction upon them. 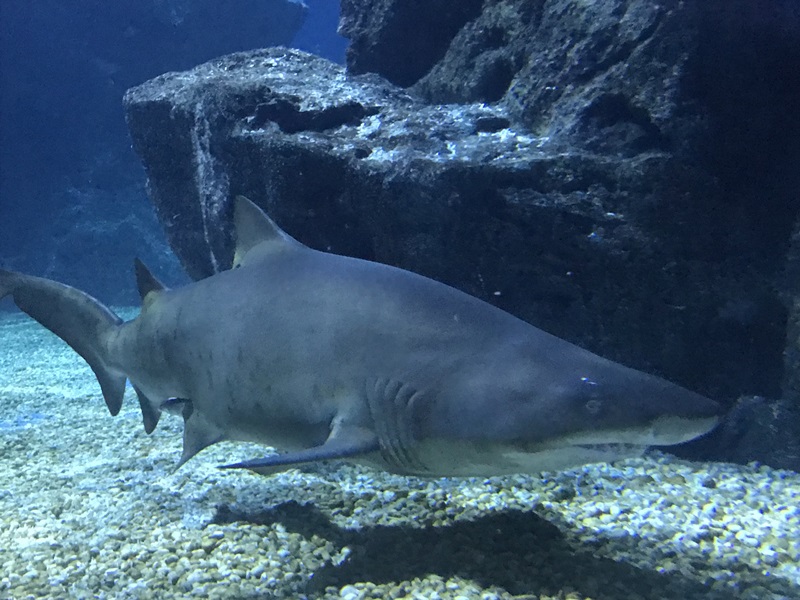 11. Sand Tiger Shark
This bad boy alone has 250 teeth. Let that sink in. Each tooth is razor sharp and designed to capture small prey like crabs and squids. Old and worn teeth will frequently be replaced by a new set of teeth. In short, this is not a shark you want to get too close with. 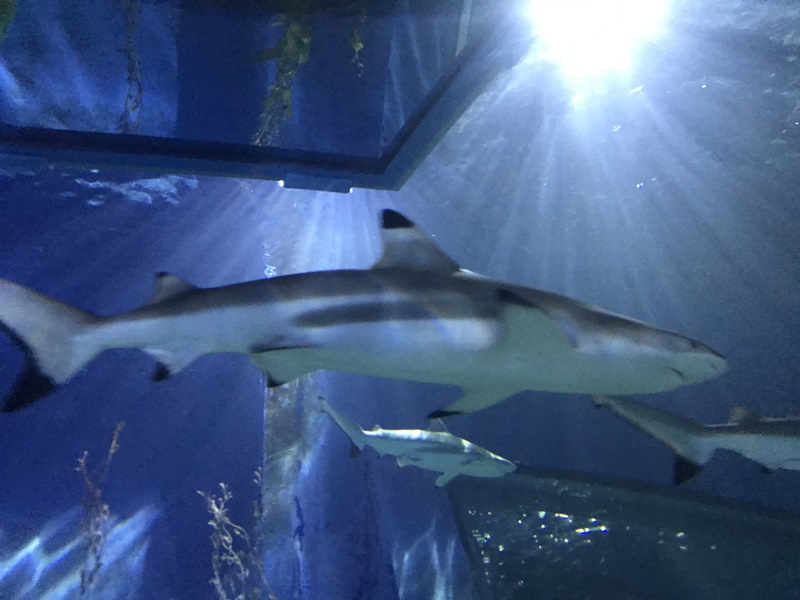 12. Blacktip Reef Shark
Another shark, the blacktip can be found among coral reefs of the Indian Ocean and Pacific Ocean. Each individual shark will occupy the same area of coral in a rather small space for many years with the aim of capturing small prey. 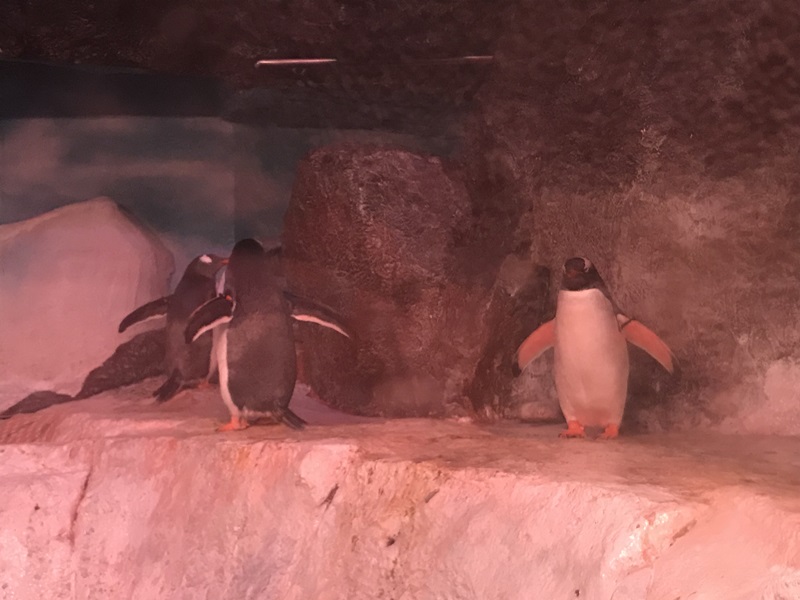 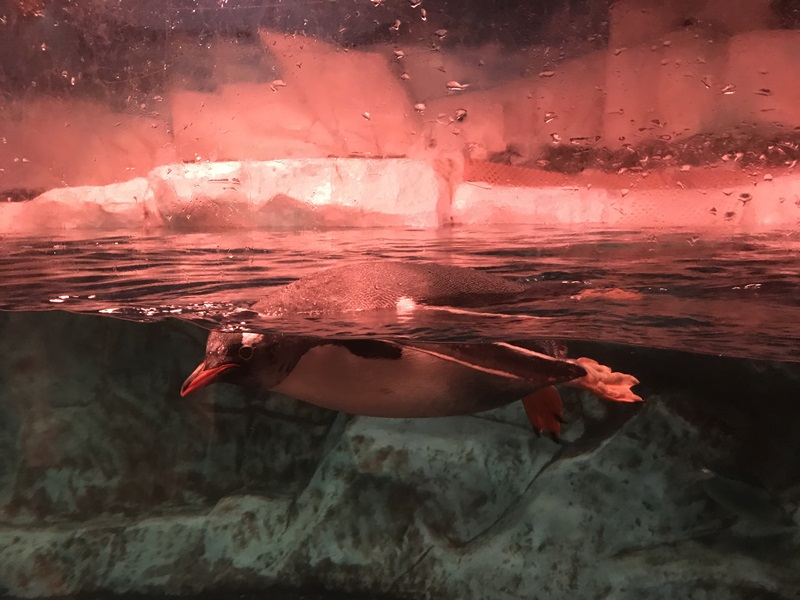 13. Gentoo Penguin
On land, they may seem rather slow. But in the water, it’s a whole other story. These little guys can swim with a speed of up to 35 kilometers per hour. These birds live on groups of islands north of Antarctica, where the weather gets as cold as -20 degrees Celsius in the winters.